Half Day Tours in Manchester

Your visit to Manchester doesn’t have to end after your conference or event, there is so much more to see and experience in this dynamic city! We have a range of half day tours in and around Manchester perfect for groups, whether it is a walking tour of the city or a cruise along the canal, we have something for everyone!

Get a feel for the streets with this walking tour hosted by an expert local guide. See the major sights including the town hall, Cathedral and Royal Exchange. There is something new to discover around every corner!

Sit back and relax on board your private coach to see the sights of central Manchester and further afield. From the coach you will be shown the historic buildings in the centre and Deansgate, The Printworks, Castlefield and Chinatown areas. Then it’s over to the two famous football stadiums as well as Salford Quays and Media City.

Manchester United is one of the world’s most loved football teams and their stadium just as much! Take a guided tour of this iconic stadium with a knowledgeable guide who will guide you behind the scenes and you can walk in the footsteps of some of the greatest players in the world! 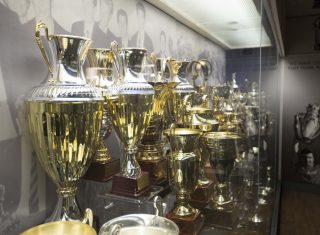 See the city from a different viewpoint and discover the waterways of Manchester and Salford on this canal barge cruise. Sail along the 250 year old Bridgewater canal and be lowered through the locks on to the Manchester Ship Canal and the River Irwell all whilst enjoying a delicious afternoon tea! 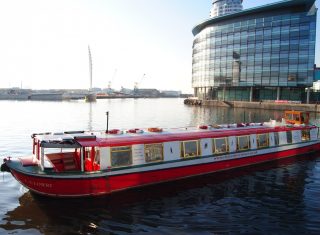 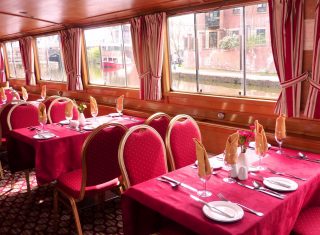 Established by legendary musician Craig Gill and endorsed by Noel Gallagher, this rock and roll walk is far from your average walking tour. Your guide will show you round the music hotspots in the city frequented by big names like The Smiths, The Stone Roses, Oasis and more.

A stunning preserved National Trust property perfect for those wanting to learn more about Manchester’s Industrial Heritage. Quarry Bank Mill is a fascinating step back in time to see how life in a real working mill was. You can even watch demonstrations of weaving and hand spinning and marvel at the powerful waterwheels.

If you’re looking for something more cultural, why not visit this beautiful 18th Century Mansion and Gardens just on the outskirts of Manchester. Tatton Park is set in 1000 acres of magical deer park and the mansion boasts rich furnishings and a vast collection of paintings and books. Take a guided tour of the mansion and garden and discover more about the Egerton family, former owners of this grand estate. 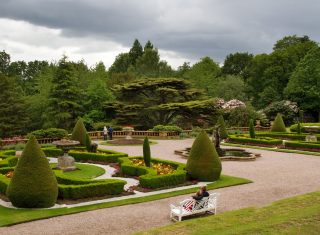 A ‘must do’ on our list of attractions in Manchester. Robinsons Brewery celebrates 180 years of brewing excellence and you can experience it for yourself! Discover the history of this independent brewery by taking a guided tour, you can even sample some of their award winning cask ales once you’ve finished!

Half Day Sightseeing Tours in Manchester

A guideline price grid is available as a PDF document and can be sent out to you on request.  However, please bear in mind this is only a guide and all our tours are individually priced to suit your budget so please contact one of our agents for a quote. A host or guide has been built into our costing unless otherwise specified.

Speak to our Sales Team

Greatdays offer a trade only booking service for coach and tour operators or professional group travel organisers and we can provide single or multiple elements of a holiday.

Greatdays are able to offer a complete tailor-made booking service for group travel organisers with the help of one of our friendly consultants to assist you through the booking process.